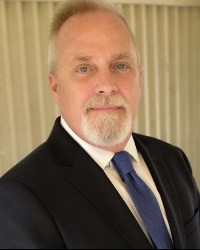 The Arkansas Scholarship Lottery was created by legislation in March 2009, after voters approved a lottery the previous November. The nine-member Lottery Commission was finalized that May and Lottery staffing began in June.

Ticket sales began September 28, 2009, some three months earlier than anticipated when the legislation was passed. Four instant games made up the initial launch, including price points of $1, $2 and $5. Barely 20 days later, the Lottery was able to repay in full to the State of Arkansas its $2.8 million startup loan. On December 7, the Lottery passed the $100 million sales mark, just 71 days after its launch.

The Lottery’s draw game portfolio began with the introduction of Powerball in October 2009, followed by Cash 3 in December.

The early success of its instant program – the Lottery quickly rose to fifth among all U.S. lotteries in terms of per capita sales for instant games in the fourth quarter 2009 – was credited to a well-designed program that includes a strong second-chance program and a Points for Prizes players club.

Net proceeds from the Arkansas Scholarship Lottery are used to provide scholarships and grants to Arkansas residents enrolled in public and private nonprofit two-year and four-year colleges and universities within the state.