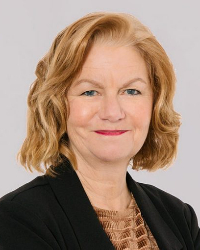 Lottery sales in British Columbia began in 1974 as part of the Western Canada Lottery Foundation. The British Columbia Lottery Corp. was formed in October 1984 and the new Lottery began selling tickets on its own on April 1, 1985.

The next year, BCLC introduced pulltabs and its first provincial lotto game, Lotto BC. Other game highlights in the early years include the launch of Extra in 1988 and Keno in 1995. And British Columbia was the first lottery jurisdiction in Canada to offer sports betting when Punto debuted in 1988.

In 1991, BCLC pioneered an automated draw machine that simulates a Ryo-Catteau draw ball machine, technology which was shared with other North American lotteries. With World Meet 1996, BCLC hosted the first-ever joint conference of NASPL, AILE and Intertoto (the two precursors to the World Lottery Association).

A major change occurred in 1997 when BCLC’s mandate was expanded to include casino gaming and electronic/linked bingo. The province’s first destination casino, the Royal City Star, opened in 1999, and the first casino located at a racetrack opened in 2004 at Fraser Downs.

BCLC introduced online gaming in October 2004 with the launch of PlayNow.com. Initially, only sports betting was available online; additional lottery products were added the next year. The website became the first in Canada to offer full casino games, including blackjack, roulette and slots, in 2010. And in 2011, BCLC launched an online poker network together with Loto-Quebec.

Revenue from gaming in British Columbia is shared among numerous programs and beneficiaries. The largest share goes to the province’s consolidated revenue fund for public service programs including health care and education. Additional revenues are allocated to community organizations and host governments. In fiscal 2012, some 5,100 community organizations received gaming grants, and 30 local governments received revenue in return for serving as host communities for casinos and community gaming centers. Revenue also helped support the horse racing industry in British Columbia.