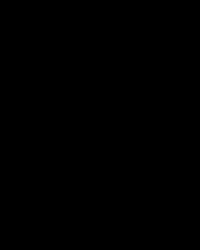 The California Lottery was created with a ballot measure in 1984, approved by 58% of voters. Ticket sales began on October 3, 1985, with an instant game called California Jackpot. In the first 24 hours, 21.4 million tickets were sold, and sales reached $1 billion after only four months.

The Lottery’s first draw game was Lotto 6/49, launched October 14, 1986. By law, every lottery game in California must have a pari-mutuel prize structure.

Under the original Lottery Act, education was mandated to received 34% of sales, with administrative expenses capped at 16%. AB 142 changed those requirements and set an expense cap of 13%, with prizes and education contributions making up the remaining 87%. The Lottery now has the flexibility to pay out a higher percentage of its revenues in prizes than it has in the past, but only if it does so in a way that increases the total amount of money that goes to public schools and colleges. These changes paved the way for a significant increase in sales.

The Lottery’s primary mission is to provide supplemental funding for public schools and colleges. Since the funds are largely discretionary, they help schools do things they otherwise couldn’t, like attract and retain more quality teachers, buy state-of-the-art equipment and keep critical programs running.

Since launching in 1985, the Lottery has granted California public schools more than $39 billion.