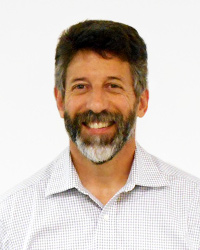 The Connecticut Lottery was created by legislation in June 1971. The fourth lottery in the country, ticket sales began February 15, 1972, with a weekly passive game simply called The Lottery. Another weekly game called Double Play began in 1974, and the Lottery also began offering a subscription program that allowed players to choose their own numbers for a specified period of up to one year.

On September 9, 1975, the Lottery introduced its first instant game, Instant Match. Single instant games were on the market until 1990, when a multiple game strategy began. On the draw side, Daily Numbers made its debut as a 3-digit game in March 1977; a 4-digit version, Play 4, began in 1980. The first jackpot game launched as Lotto in 1983, and the first multistate game was Powerball in 1995.

Television has played a big role in the Connecticut Lottery’s history, and its weekly Double Play TV show became the highest rated program originating in Connecticut after it debuted in 1976.

Like many lotteries, Connecticut began as a state agency. As political leaders recognized the need for it to operate as a major retail business, it became a quasi-public corporation, the Connecticut Lottery Corp., on July 1, 1996.