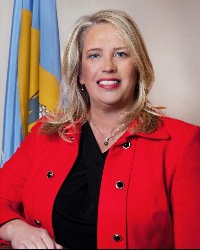 The Delaware Lottery was established by legislation and signed into law in May 1974. Tickets went on sale in March 1975 for the Lottery’s first game, the weekly Lotto Superfecta, based on live horse races at two of the state’s racetracks.

Instant games made their debut in February 1976 with Diamond Instant Dollars. The Lottery installed a computerized gaming system in 1977 under the direction of new director Ralph Batch, and the first game, Daily Numbers, began in January 1978. The game, now known as Play 3, was joined by Play 4 two years later. Delaware Lotto, the state’s first jackpot game, launched in April 1983. Lotto*America was added in 1991.

Consistent with its mission to maximize revenue contributions to the state’s General Fund, the Lottery added video lottery terminals at the state’s three racetracks beginning in December 1995 after the legislature approved the devices in June 1994. VLTs were an immediate success and remained so until gaming competition surfaced in nearby states.

As a result of that competition, the state approved limited sports betting, and the tracks added sports books for the professional football season. Another measure was taken when table games were approved in 2010.

But Delaware wasn’t done yet. Continuing efforts to stay ahead of the competition and keep revenues growing, Delaware passed groundbreaking legislation in June 2012, authorizing full internet gaming including the sale of lottery tickets and casino-style games, the latter through special sites to be set up for the three racetracks. The bill also expands sports betting to other sites throughout the state, and authorizes keno at tracks and other locations as well.

All of the Lottery’s varied operations send revenues to the state’s General Fund to help pay for vital state services that would otherwise require funding through additional tax dollars. Lottery money contributes to public and secondary education, health and social services, public safety, judicial and corrections, youth and family services, and natural resources and environmental control.