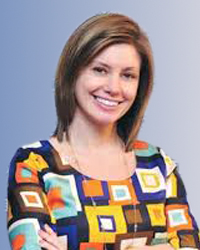 District of Columbia Office of Lottery and Gaming

History of District of Columbia Office of Lottery and Gaming

The country’s only fully-developed municipal lottery, the D.C. Lottery opened for business in the nation’s capital on August 25, 1982. The instant game Match 3 was the first offering, and sales reached an impressive $15.8 million by September 30, the end of the lottery’s fiscal year.

Just one year after its launch, D.C. introduced DC Lucky Numbers, its first draw game, two months ahead of schedule. The three-digit daily game was followed by a four-digit version two years later. In 1986, DC Daily Double became the first two-digit daily game in the country. The multistate jackpot game Lotto*America was added in 1988. And in another first for the industry, D.C. added mid-day draws to its daily games in November 1992.

Clearly no stranger to innovation, D.C. was on the verge of becoming the first lottery in the United States to introduce internet gaming in 2011, until the project was finally shelved. The Lottery’s forward-thinking leadership had hoped to offer poker and other games, outside the traditional lottery product, in order to provide strong sales and revenue growth.

D.C. Lottery revenues are sent to the city’s General Fund, so the Lottery remains a vital component in aiding the city’s economy, benefitting residents, commuters and tourists alike. The General Fund supports services such as education, recreation and parks, public safety, housing, and senior and child services.