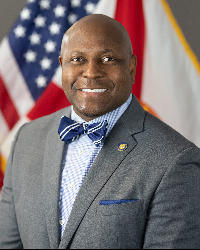 In 1986, Florida voters enthusiastically approved a constitutional amendment authorizing a Lottery by a two-to-one margin. When the Florida Lottery began ticket sales on January 12, 1988, it became the first Southern state to launch a Lottery.

The Lottery’s debut was a harbinger of great things to come – not only did sales begin six days ahead of schedule, but that first game, the MILLIONAIRE Scratch-Off ticket, set an industry record with more than $95 million in sales in the first 12 days. It was so successful that in just 17 days, the Lottery paid in full its startup loan of $15.5 million, plus interest.

Not resting on its laurels, Florida quickly launched its first two Draw games, FLORIDA LOTTO and CASH 3, on April 29, 1988. Lottery fever followed, resulting in a then-world record lotto jackpot of $55 million in early September, with a single winner claiming the jackpot prize. A year later, another record was set with a $106.5 million jackpot.

Today, the Florida Lottery is one of the top-selling Lotteries in North America, surpassing $9 billion in annual sales during fiscal years 2021 and 2022!

As sales have grown, so have revenues, and the Lottery remains a dependable contributor to education. More than $1 billion in each of the past 21 fiscal years has benefitted Florida students in K-12 schools and colleges and universities statewide.

Pre-kindergarten projects have directly affected the youngest Florida citizens, and thousands of K-12 students reap the benefits of Lottery dollars every school day. Meanwhile the Bright Futures Scholarship Program, which is primarily funded by Lottery revenue, provides financial aid for post-secondary education. Since the program's inception in 1997, the Lottery has contributed more than $8 billion to send over 950,000 students to college.