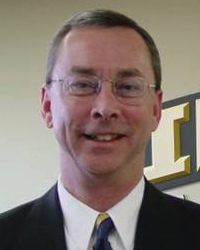 Idaho voters approved a state lottery twice – first in 1986 and again in 1988, after the first vote was declared unconstitutional. An initiative had placed the issue on the ballot in 1986, and the state Supreme Court declared that an initiative could not amend the Idaho constitution. In 1988, the legislature authorized the lottery vote and again the people approved, although by a much narrower margin – just 51 percent compared to 60 percent in 1988.

When the first Idaho Lottery ticket was sold on July 19, 1989, it set a new record at the time for the quickest lottery implementation in the industry – under 200 days. More than 840,000 tickets were sold that first day.

More than a thousand different scratch games have been sold since the lottery’s launch. Pulltabs were added to the product mix in 1991.

In 2000, the Idaho Lottery became the first American lottery to launch a players’ club with the debut of its VIP Club. The club offers rewards and incentives for purchasing lottery products, and members get a variety of special perks and promotions.

The Idaho Lottery’s mission is to responsibly provide entertaining games with a high degree of integrity in order to maximize the dividends for public schools and buildings. Since its first year of operations, Lottery has returned $846 million for the benefit and betterment of schools from kindergarten through college.