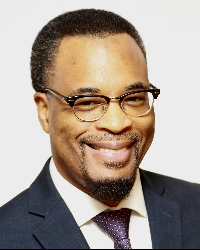 Illinois Department of the Lottery

History of Illinois Department of the Lottery

In 1973, legislation created the Illinois Lottery, and sales of the first weekly passive game began on July 30, 1974. The first draw took place on August 8 at the Illinois State Fair. By December 31 of that first year, 100 million lottery tickets had been sold.

At its launch, the Illinois Lottery was under the direction of Ralph Batch, a key figure in the early days of the lottery industry in North America. It is therefore no surprise that in recent years, the Lottery has continued that pioneering spirit with two groundbreaking contributions to the industry. Illinois became the first American lottery to have a private manager, when Northstar Lottery Group took over day-to-day management from the state in 2011 after a competitive bidding process. And on March 25, 2012, the Illinois Lottery became the first American lottery to offer regular ticket sales via the internet; Illinois residents may purchase Mega Millions and Lotto tickets through an online interface. The timing was fortuitous, as the first week of internet sales coincided with a record $656 million Mega Millions jackpot.

Illinois Lottery proceeds were originally sent to the state’s General Fund, but 1985 legislation earmarked the funds for public education. Since then, the majority of lottery revenue has been deposited into the state’s Common School Fund. In 2009, legislation specified that the Capital Projects Fund receives any excess revenues over the 2009 base. In addition, net proceeds from specialty instant tickets are dedicated to specific causes, including medical research, Special Olympics programs, and veterans organizations.