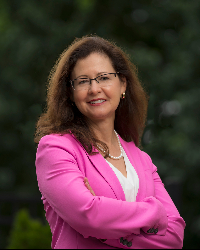 The first lottery in the United States implemented as a corporation, the Kentucky Lottery Corp. began ticket sales on April 4, 1989, following 60 percent voter approval the previous November. Bucking the trend at the time to launch with one game, Kentucky introduced two scratch tickets on that day, the $1 Beginner’s Luck and the $2 Kentucky Derby Dreamstakes, which was linked to the world famous Kentucky Derby.

More than $5 million in sales were recorded that first day, and first-week sales totaled $27 million, making the Kentucky Lottery one of the industry’s leaders in terms of first-week sales per capita.

The Lottery’s first draw game was Lotto Kentucky, which began on October 16, 1989. Again officials tried something new – offering one lotto play for $1, three plays for $2 and eight plays for $5. Pick 3 followed in November as the second draw game.

The industry’s first extended-play instant game was launched by the Kentucky Lottery in November 1992 with $2 Bingo. The Lottery was also the first to offer an instant ticket featuring Elvis when a $3 game went on sale in 2000. That game was accompanied by the Lottery’s first internet-based promotion. Kentucky also holds the distinction of launching one of the industry’s first websites dedicated to retailers when it unveiled its new site in 2003.

Originally, the majority of Kentucky Lottery proceeds were sent to the state’s General Fund. One-time transfers to veterans and education were made in the early 1990s on the direction of the legislature. The Kentucky Housing Corporation’s Affordable Housing Trust Fund received a share of Lottery revenues as well. Beginning in 1998, some Lottery funds were used for the Kentucky Educational Excellence Scholarship (KEES) program and the Literacy Development and Early Childhood Reading programs.

As of July 1, 2005, 100 percent of the Lottery’s proceeds began going to college grant, scholarship and literacy programs, including KEES, the College Access Program and the Kentucky Tuition Grants Program. These merit-based and need-based scholarships help keep Kentucky’s best and brightest students in the state for their post-secondary education.