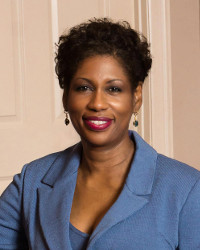 Voters overwhelmingly approved a constitutional amendment creating the Louisiana Lottery Corp. in October 1990, with 69 percent in favor of the proposal. Recognizing the business nature of the new lottery, the legislature gave it corporate status in the enabling legislation. The Lottery opened for business on September 6, 1991, when it offered its first scratch game, Louisiana Treasures.

By statute, the Louisiana Lottery must transfer 35 percent of all revenue to state programs, and as a result it ranks second among U.S. lotteries in the percentage of revenue transferred to its government.

Originally, Lottery proceeds were sent to the state’s General Fund. In 2003, voters approved another constitutional amendment to dedicate Lottery proceeds to the Minimum Foundation Program, which funds K-12 public education in the state. The change was effective July 1, 2004. In addition, the first $500,000 in annual lottery proceeds are earmarked for the Louisiana Department of Health and Hospitals Office of Behavioral Health to fund problem gambling programs.