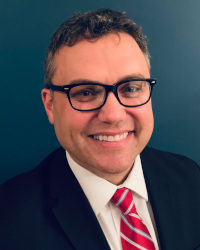 Voters approved a constitutional amendment authorizing a lottery for Minnesota in November 1988; the measure passed with 57 percent of the vote. Lottery legislation in 1989 created the Minnesota State Lottery. Ticket sales began April 17, 1990, with the instant game Match Three. Sales the first day were $5 million, with $15 million sold the first week. Soon, after little more than two months of operation, the Lottery was able to pay back its startup loan of $8.5 million.

The Minnesota State Lottery launched its first two draw games on April 14, 1990, Daily 3 and Lotto*Minnesota (the local name given to Lotto*America). The first Minnesota-only lotto game, Gopher 5, was introduced in May 1991.

The Minnesota State Lottery is no stranger to new games and concepts. In 1999 it offered Golden Ticket Games, a $10 pouch that merged two separate scratch games, each pouch containing a guaranteed win of at least $3. G3 games - instant tickets playable through the retail terminals - debuted in 2003.

The distribution of Lottery proceeds has changed over the years, but there has always been an emphasis on the environment and the state’s General Fund. Currently, the General Fund receives 60 percent of proceeds while the Environment and Natural Resources Trust Fund receives 40 percent. Unique among American lotteries, each ticket sold is subject to a 6.5 percent “in-lieu-of-sales tax,” which is split between the Game and Fish Fund, the Natural Resources Fund and General Fund.

The Minnesota Lottery also helps fund the state’s Department of Human Services compulsive gambling program. The amount of the annual appropriation of Lottery revenues is determined by the legislature.