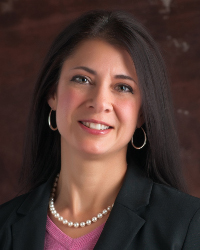 The Montana Lottery was created in November 1986 with the approval of 69 percent of voters. Ticket sales began with the instant game Pot of Gold on June 24, 1987, six days earlier than the mandated start date of July 1, with a small staff of just 35 at launch.

Like many smaller lotteries, Montana has taken advantage of several multistate games over the years after legislation authorized such participation in April 1989. The first was Lotto*America, which became the Lottery’s only draw game when added in November 1989. It was an immediate success, with sales more than double the projections. Montana then added its own draw game, Montana Cash, in May 1991.

That 1989 legislation also allowed the lottery to pay more in prizes and to offer sales performance bonuses to retailers and sales staff members.

The Montana Lottery began offering sports fantasy games with the debut of Montana Sports Action in 2008. The pari-mutuel games were created in collaboration with the Montana Board of Horse Racing. Players can create fantasy football or auto racing teams for a chance to win big based on the results of the events.

Originally, Montana Lottery proceeds were allocated to the Teachers Retirement Fund for the purpose of holding the line on or reducing property taxes. In 1990, the legislature changed the beneficiary to the Office of Public Instruction School Equalization Account. A year later, the Board of Crime Control was given a small share to help fund juvenile detention centers.

In 1995, legislative action sent all Lottery revenues to the state’s General Fund. Since then, Lottery dollars have helped provide money for state programs which do not have dedicated revenue sources, such as education, health and public safety.

In 2015, lawmakers created a new source for Montana Lottery dollars. A portion of funds now work to provide scholarships at Montana colleges and universities to students pursing degrees in science, technology, engineering, math and healthcare (STEM).