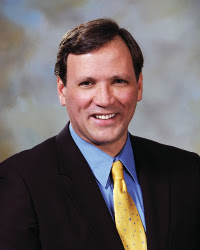 It took six tries over 10 years, but New Hampshire Representative Larry Pickett finally gained enough support for his Sweepstakes bill in 1963 for the measure to pass, and it was signed into law on April 30, 1963. The historic event created the first modern lottery in the United States. Pickett was convinced that the Sweepstakes was a viable and voluntary method of raising revenue for education, and given what we know now, he was right.

With a strong desire to instill public confidence in the new venture, the fledgling Sweepstakes Commission hired FBI agent Edward J. Powers as the first director. The very first lottery ticket was sold to Governor John King at Rockingham Park racetrack on March 12, 1964. The $3 ticket was tied to horse racing results, as all the lottery’s games would be until the early 1970s, because it was modeled after the long-running Irish Sweepstakes.

The Lottery’s second product was introduced in 1971, a 50 cent passive game, and three years later a $1 game was added. The first instant game, Lucky X, went on sale on January 29, 1975. It wasn’t until 1977 that the Lottery added a numbers game, with the debut of the Daily Numbers 3-digit game in March of that year.

New Hampshire was part of the very first multistate lottery group in the United States, forming the Tri-State Lotto Compact with Maine and Vermont in April 1985. The group’s first draw game was Tri-State Megabucks, a 6/30 lotto game which launched in September 1985.

Despite the naysayers back in 1963, the New Hampshire Lottery has accomplished the educational funding goals of Rep. Pickett. Every day, the Lottery satisfies its mission of providing maximize revenues for aid to public education by providing secure and entertaining gaming products to its players.