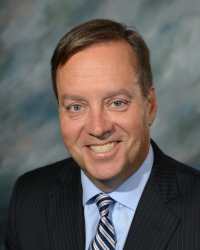 In one of the strongest majority results in New Jersey political history, a lottery was approved by a whopping 81.5 percent of voters in November 1969. Under the direction of Ralph Batch, the New Jersey Lottery began ticket sales on December 16, 1970, with a 50 cent weekly passive game simply called The Weekly.

A 5-digit daily game was introduced in November 1972, and its first instant game, 7-11-21, went on sale in June 1975. The Lottery’s major contribution to the industry came in May 1975, with the unveiling of the country’s first computerized lottery system allowing players to actually choose their own numbers. That first draw game, Pick-It, became Pick 3, and it set the stage for all future American numbers games.

Always the innovator, the Lottery’s first game with an internet play component, Cyber Slingo, was introduced in February 2004.

New Jersey Lottery proceeds benefit education and institutions in the state. Beginning in 2018, the Lottery’s net proceeds are used to bolster New Jersey’s public employee pension system for teachers, police and fire personnel and other public employees in conformance with the Lottery Enterprise Contribution Act (Chapter 11 of the Public Laws of 2017).