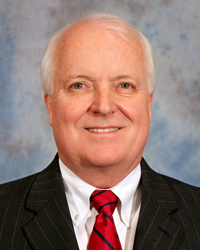 In 1994, New Mexico voters passed a constitutional amendment approving both a lottery and video gambling. The state’s Supreme Court struck down the amendment because it combined ballot questions, but after legislative changes a lottery bill was passed in April 1995.

Ticket sales began April 27, 1996, with two scratch games, the $1 Match 3 and the $2 Big Fun, Big Help. During the first eight days of operation, some 8.3 million tickets were sold, generating $10.6 million in sales. Less than three months later, the New Mexico Lottery repaid in full the $2.8 million in Lottery Revenue Bonds used for the startup.

In January 2011, the Lottery had some fun with its Lucky Dog Photo Contest, the first time a scratch ticket was inspired by players. Dog owners could submit photos through the Lottery’s website, where players voted for their favorites. Six of the top 25 vote-getters where chosen to adorn the game’s tickets.

In the beginning, Lottery proceeds were divided between the Public School Capital Outlay Fund (60 percent) and the Lottery Tuition Fund (40 percent). Legislation in 2000 changed the split to 50/50, and beginning June 15, 2001, the Tuition Fund was given 100 percent of Lottery profits. Legislative Lottery Scholarships help provide tuition to New Mexico residents who want to attend a New Mexico public college or university.