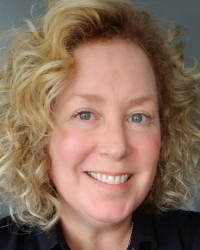 New York voters approved a state lottery in November 1966, and on June 17, 1967, the New York Lottery held the first drawing for its new passive game. It became the second U.S. lottery in the modern era, after New Hampshire. In the first year of operation, sales were $53.6 million.

The Lottery’s first instant game, Scenes of New York, was introduced in September 1976. Another instant game, Empire Stakes, launched in January 1977, setting a new record for a lottery instant game to that point, producing $18.9 million in sales during its first week.

New York’s first numbers game was Lotto, initially run as an offline game at its launch in 1978. It was the first successful Lotto game in the United States, and a version of the original game is still in the product mix today.

The computerized era began in 1980, first with Lotto and then with the introduction of the daily Numbers game in September; Win 4 followed a year later. The Lottery launched Quick Draw, a keno game, in 1995. Its first foray into the multistate arena was with Mega Millions, introduced in 2002.

The New York Lottery has led the country in terms of total sales since 1996, far outpacing any other lottery with its traditional sales program. Added to the mix were video lottery terminals, authorized in 2001 and implemented beginning in January 2004. The machines are now available at all nine racetracks included in the original legislation, and not surprisingly the New York program now brings in more gross gaming revenue than any other lottery’s video gaming system.