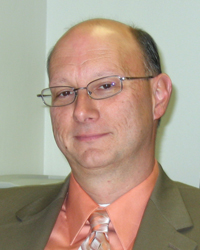 In November 2002, North Dakota citizens approved a constitutional amendment that allows participation in multistate lottery games. The legislature passed a lottery bill that became law in April 2003, creating the North Dakota Lottery as a division of the Office of Attorney General. Unique among all U.S. lotteries, North Dakota is only able to offer multistate draw games. Instant tickets and North Dakota-only games are prohibited.

Ticket sales began with Powerball on March 25, 2004, and it was joined by Hot Lotto on June 24 and Wild Card 2 on September 23. The Lottery’s fourth game, 2by2, was added in February 2006. Mega Millions rounded out its current lineup when sales started in January 2010.

Without the ability to offer a variety of instant games, the North Dakota Lottery is much more subject to the luck of the draw than other lotteries – jackpot games are driven primarily by the size of the jackpot. That said, North Dakota has been creative in its use of promotions to help grow sales.

The Lottery is also one of the few in the country to offer subscription play via the internet for the convenience of players. Their subscription service was launched in November 2005.

The North Dakota Lottery’s mission is to maximize net proceeds for the benefit of the state by promoting entertaining games, providing quality customer service to retailers and players, achieving the highest standards of integrity, security and accountability, and maintaining public trust.

Lottery proceeds are allocated to the state’s General Fund. Additionally, a percentage of sales is transferred to the state's compulsive gambling prevention and treatment fund and the drug task force grant fund.