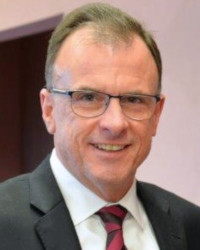 Ohio voters approved a constitutional amendment to establish a state lottery by a two-to-one margin in May 1973. Operations began in early 1974 and the first ticket, the weekly passive game Buckeye 300, went on sale August 13, 1974.

The Ohio Lottery introduced instant tickets for the first time in June 1976 with the game Ohio Instant Lottery. Tickets flew off the shelves and by its tenth week, sales had surpassed $51 million.

The Lottery’s first numbers game, the three-digit The Number (which would become Pick 3), was launched in December 1979, followed by Pick 4 in April 1981. Two years later, Ohio Lotto made its debut. A multistate game joined the product mix for the first time in 2002 when Mega Millions tickets went on sale in May. And fast-draw keno began in August 2008, limited to bars, taverns and other approved outlets.

In 2017, the Lottery celebrated the 30th anniversary of the Cash Explosion TV show, the only TV show still remaining among U.S. lotteries. It is paired with the continuously-running Cash Explosion instant game.

The Ohio Lottery entered a new era in June 2012 with the debut of video lottery terminals at Scioto Downs, one of the state’s seven commercial racetracks eligible for the machines. VLTs were originally approved in 2009; the legislation was finalized in 2011 and upheld in court in 2012.

In January 2018, the Lottery completed the
retrofitting of more than 7,000 vending machines to accept cashless forms of payment.

Lottery proceeds have historically been used for education, and in 1987 voters approved a constitutional amendment permanently earmarking Lottery profits for education. Legislation the following spring created the Lottery Profits Education Fund to provide a clear separation of Lottery revenue from the State’s General Revenue Fund.

Since 2007, the Lottery has offered the Partners in Education program, recognizing outstanding students and teachers, K thru 12, with Academic All Star and Teacher of the Month awards.