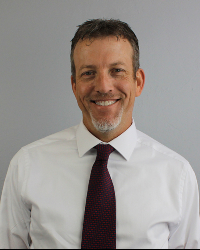 Powerball followed shortly thereafter, in January 2006; in September of that year, Cash 5 made its debut. Hot Lotto became the Lottery’s second multistate game when it started in January 2008; two years later Mega Millions was added to the lineup as well.

Pick 4 launched in July 2011, but the game was dropped on August 31, 2013. A new game, Poker Pick, which included an instant win component plus a nightly drawing component, was added on September 7.

In October of 2017, the Hot Lotto game ended and shortly after, in November, Lotto America was added. In 2018, Poker Pick ended and the Oklahoma Lottery joined the Lucky 4 Life game.

The mission of the Oklahoma Lottery Commission is to maximize revenues for public education through the creation and marketing of fun and entertaining products consistent with the highest levels of service, integrity and public accountability.

Lottery proceeds benefit education in Oklahoma. New legislation in 2017 changed the way contributions from the Oklahoma Lottery are distributed to support education. Now, the first $50 million in profit is allocated to the following areas of education: K-12, Higher Education, Career Tech, School Consolidation & Assistance Fund and the Teachers Retirement System. All additional profit above $50 million is allocated to support K-12 programs in Reading, and STEM (Science, Technology, Engineering and Math).