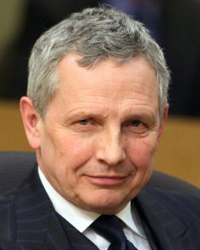 Lottery sales in Ontario began with the formation of the Ontario Lottery Corp. (OLC) in 1975. The first game was Wintario, with draws held every two weeks on a 30-minute television show. Net revenues from the game were dedicated, through the Ministry of Culture and Recreation, to promote physical fitness, sports, cultural and recreational activities.

OLC’s first terminal-based lotto game, Lottario, launched in November 1978; it was also the first such game in North America. Other lottery milestones over the years include the joint launch of Lotto 6/49, Canada’s first national lotto game in June 1982; the spiel game Encore in 1989; the sports lottery Pro·Line in 1992; Cash For Life, which in 2000 became Canada’s first lottery game with a top prize given in the form of an annuity; and the highly successful Poker Lotto, the first game in Canadian lottery history offering both instant wins and nightly prize drawings, introduced in 2010.

OLC became the Ontario Lottery and Gaming Corp. (OLG) in April 2000, when the Ontario government merged the lottery with the Ontario Casino Corp., which had operated the province’s casino gaming interests since it began in 1994.

Beginning in January 2008, the Alcohol and Gaming Commission of Ontario became the province’s lottery regulator, investigating all insider and suspicious lottery wins. This measure was one of several new initiatives designed to continue to strengthen public confidence in Ontario’s lottery system.

OLG has a long tradition of supporting local events and festivals in communities across Ontario, and the organization sponsors events that involve and benefit the community, as well as generate business and interest in the town or city.

Each year OLG gives back millions of dollars, with the vast majority returned to the government for hospitals, health programs, college and university campuses, and other provincial priorities.