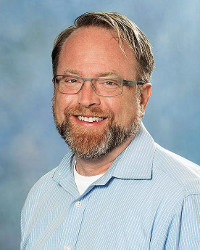 An initiative brought the issue of a lottery to Oregon voters in 1984, and a constitutional amendment was passed with a majority of 66 percent. The Oregon Lottery began ticket sales with a Scratch-It instant game on April 25, 1985.

The Lottery’s first draw game was Megabucks, launched in November 1985. Daily 4 followed in March 1987, and Lotto*America sales began in February 1988. Pulltabs were introduced in January 1988. And in 1991, Oregon became the first American lottery to offer a monitor game when fast-draw keno debuted in September.

A unique part of the Oregon Lottery’s history was its long-running Sports Action game, based on the outcome of professional football games. Launched in September 1989, it was the first successful sports wagering game offered by any American lottery. A second football game, Scoreboard, was introduced in 2003. Combined, the two games generated more than $36 million in revenues for intercollegiate athletics and academic scholarships in Oregon over 18 seasons. They ended in January 2007 after the legislature removed a directive that the Lottery operate games based on the results of sporting events.

Most revenue generated by the Oregon Lottery today comes from video lottery terminals, which began in 1992 as a way to eliminate a vast network of illegal gray market machines. Following in South Dakota’s footsteps, the VLTs are operated in a wide-area network.

Oregon voters choose the broad categories that receive Oregon Lottery proceeds. From inception to 1995, Lottery revenues benefitted economic development and job creation. In 1995, voters approved a change that sent a share of revenues to support public education. In 1998, another vote authorized some Lottery proceeds to be used for natural resources.