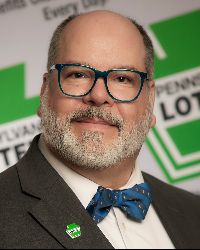 The Pennsylvania Lottery was established by the legislature in August 1971. Ticket sales began March 7, 1972, with a 50-cent passive game featuring weekly drawings and a $1 million grand prize. By the end of the first fiscal year, the Lottery’s $57.7 million in revenues were nearly double the original projection.

The first instant game was introduced in May 1975. Nearly two years later, a numbers game makes its debut when the 3-digit The Daily Number went on sale in March 1977. Big 4 joined the lineup in November 1980. The weekly passive games ended in April 1982, when the Lottery introduced Pennsylvania Lotto.

No stranger to innovation, the Lottery had great success with Super 7 – the first game of its type in the country – when it was introduced in 1986. Originally, players matched seven of 11 numbers to win the jackpot, which reached $115.5 million in 1989 – still a state record for a Pennsylvania-only game. The Lottery was also first with a modern-day raffle game, which many lotteries have since used with great success. Millionaire Raffle tickets sold out in less than two weeks for the first run in 2005.

The Pennsylvania Lottery was created to generate funds to benefit programs for the Commonwealth’s older residents, and remains the only lottery in the country exclusively benefitting seniors.

Initially, Lottery proceeds provided property tax relief for Pennsylvania seniors. Over the years the Lottery-funded programs have grown to include rent rebates, free and reduced-fare transit, the low-cost prescription drug programs PACE and PACENET, long-term living services, and the 52 Area Agencies on Aging, including more than 600 full- and part-time senior centers across Pennsylvania.