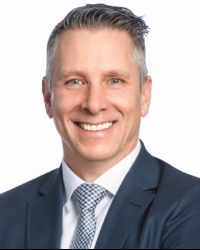 In 1971, Loto-Québec launched Loto-Perfecta, using a new mechanical wager-registration system; the results were determined by horse races. The transition to computerized terminal games was made in 1978, and the existing 6/36 lotto was the first game on the new system.

Loto-Québec discovered early the power of televised draws and used it further in the mid-1980s with variety shows creating a live millionaire and shows where participants win money playing different games of chance (Wheel of Fortune, Monopoly, Magic Lamp, Decision, Metropolis, etc.) Loto-Quiz, which was introduced in 1991, was the world’s first televised game show that had both on-set winners and at-home winners through the draw of 6-digit numbers.

Internet gaming was authorized in 2010, and the Loto-Québec’s online gaming site, Espacejeux.com, opened for business in December 2010 with poker and casino games. Quebec joined British Columbia in a poker network in early 2011. Sports betting became available on the website in early 2012, and the traditional lottery products were added to the system in August 2012. Players can use the Internet or their mobile devices to access the games.

Like other Canadian lottery corporations, Loto-Québec took on the additional responsibilities of gaming. A subsidiary, Société des casinos du Québec, was created in 1992 to build and manage the casinos authorized by the government in 1992. The Casino de Montréal was the first to open in 1993; there are currently three casinos.

Another subsidiary was created in 1993, the Société des loteries vidéo du Québec, to implement and manage video lottery terminals, which were installed beginning in 1994. The corporation then entered the bingo business in 1997 with the establishment of the Société des bingos du Québec.

Loto-Québec sponsors some 120 festivals and events across the province, selected based on their commitment to sustainable development principles and for their potential social and economic benefits to the community. The company also supports the visual and performing arts sectors.

Net revenues from Loto-Québec operations are turned over to the government, and the funds are used, in part, to finance health and education services, infrastructure improvements and provincial debt reduction.