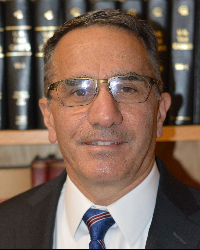 Voters approved a constitutional amendment authorizing a state lottery in November 1973 by more than a three-to-one margin. Legislation was passed the following spring and the Rhode Island Lottery began ticket sales on May 21, 1974, with a 50-cent weekly passive game called The Lot.

The Lottery launched a daily Numbers Game in February 1976, followed by its first instant game, Play Ball, three months later. With the introduction of a computerized gaming system in February 1978, total sales doubled. In 1981, 4/40 was the Lottery’s first lotto game. Rhode Island was one of the founding members of MUSL, and Lotto*America was launched in 1988.

Rhode Island was the second American lottery to launch that monitor game in 1992.

In January 1975, Rhode Island was the first state to televise a live lottery drawing at no expense to the Lottery. Also that year, it was the first Lottery to have a weekly television program.

Much of the Lottery’s business now comes from video lottery terminals, which were implemented in 1992 at the state’s two pari-mutuel facilities. The games have done extremely well in recent years despite competition from two major tribal casinos in nearby Connecticut.

The Rhode Island Lottery is the largest voluntary source of income for the state. Proceeds are sent to the state’s General Fund, where revenues are distributed among the state’s 39 communities for programs in human services, education, general government, public safety and natural resources. Additionally, certain funds are allocated to the Distressed Communities Relief Fund.