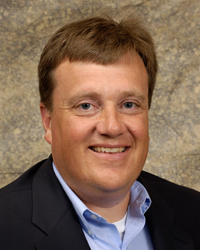 In November 1986, 60 percent of the electorate in a statewide referendum approved a constitutional amendment allowing a state lottery. The following April, a lottery bill authorizing instant tickets was signed into law, and the South Dakota Lottery began ticket sales on September 30, 1987, with a Match 3 scratch ticket. By the third week, sales reached $2.5 million, and within three months, the Lottery repaid its $1.5 million start-up loan to the state.

For the next two years, the idea of video lottery was studied intensely. One measure fell just short in 1988, but video lottery legislation was finally passed in March 1989, creating the country’s first lottery-operated VLT network. The games began operating in October that year. They were briefly shut down in 1994 when ruled unconstitutional by the state Supreme Court, but reinstated when voters approved an amendment authorizing them in November. Over the years, efforts to repeal video lottery were rejected by voters every time.

The South Dakota Lottery’s third product took another act of legislation, as a bill allowing lotto games was signed into law in February 1990. The multistate Lotto*America was the first lotto game offered. Dakota Cash was the Lottery’s first in-state game when it debuted in April 1993. Tri-West Lotto, one of the industry’s first regional games, was added in February 1994; also participating were Idaho and Montana.

Since 1997, Lottery proceeds have been transferred to three main beneficiaries, the state’s General Fund, the Capital Construction Fund and the Property Tax Reduction Fund, as follows:

Prior to 1997, the General Fund received VLT revenues and all lotto revenues, the latter dedicated for corrections facility construction.