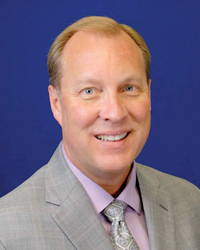 The Texas Lottery Act was signed into law in August 1991, but required voter approval to take effect. That proved just a formality, as voters approved the lottery measure in November by a two-to-one margin. The Texas Lottery began ticket sales on May 29, 1992, 47 days ahead of schedule. The first game, the Lone Star Millions scratch ticket, sold 23.2 million tickets in its first 24 hours, setting a new world record for first-day sales. The cost of the Lottery’s start-up, with interest, was earned back during the first three hours of ticket sales. Another record was set during the first week, with 102.4 million tickets sold.

In November 1992, the Lottery launched its initial draw game, Lotto Texas. It, too, set a new industry record, with sales surpassing $1 billion just before its first anniversary. Pick 3 debuted in October 1993, followed by Cash 5 in October 1995.

With this early success, the Texas Lottery led all American lotteries in terms of sales for two consecutive years, beginning with just its second full year in fiscal 1994. Missteps by the legislature (a reduction in prize payout from 57 percent to 52 percent) put a halt to its growth and actually sent sales plummeting in 1998. The legislature restored the payout in 2000, but it took years for the Texas Lottery to restore sales to previous levels.

But the success stories continued as the Lottery continued to flirt with existing industry records. In 2002, its new Harley-Davidson scratch game sold more instant tickets in one month ($12.5 million) than any other lottery had done with a single game to that point. And in 2004, Lotto Texas reached $145 million, the second-largest single-state jackpot in American history.

Since 1997, the majority of proceeds from the Texas Lottery are transferred to the Foundation School Fund to support public education. Prior to 1997, Lottery revenues were sent to the state’s General Fund.

In November 2009, the Lottery launched its first instant game to benefit the Fund for Veterans’ Assistance, and revenues from these special tickets help support veterans’ programs throughout the state.