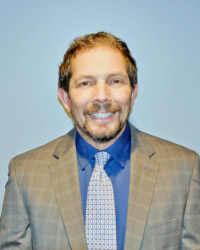 In 1976, 66 percent of Vermont voters approved a state lottery. The state’s General Assembly created the Vermont Lottery Commission during its 1977 session. With $250,000 in seed money, the Vermont Lottery was born and ticket sales began on February 14, 1978, with the weekly passive Green Mountain Game.

The Lottery introduced its first instant game, Scratch ‘N Match, in June 1978. Pick 3 launched in November 1980; it was the Lottery’s first draw game. Pick 4 began in September 1985. Also that month, Vermont unveiled Tri-State Megabucks, the first multistate game in the United States. Together with Maine and New Hampshire, there would be a number of draw games under the Tri-State banner over the ensuing years.

The Vermont Lottery was established to “produce the maximum amount of net revenue consonant with the dignity of the state and the general welfare of the people.” In support of this goal, the Lottery remains committed to contributing all proceeds to the Education Fund, while also strongly communicating the importance of responsible gaming.

Originally, Lottery profits were sent to the state’s General Fund, but since 1998 all revenues have been dedicated to the Education Fund.