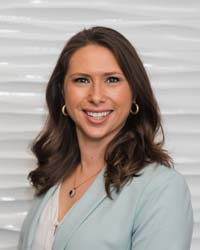 Virginia voters gave a thumbs up to a state lottery in November 1987, approving the measure by a 57-43 margin. The Virginia Lottery began ticket sales on September 20, 1988, with the instant game Match 3. In just 36 days, sales reached $100 million. On December 28, the Lottery paid back its $25 million start-up loan, nine months earlier than required.

When it debuted its computerized gaming system in 1989, Virginia was one of only two states in the country to operate its own system (Massachusetts was the other). Pick 3 was launched in May 1989, followed by Lotto in January 1990 and Pick 4 in September 1991. The Virginia Lottery was one of the founding members of The Big Game when it debuted in 1996.

The Virginia Lottery was the first to implement instant ticket vending machines in June 1991. It was also an early adopter of a subscription program, first by mail in 1992. In August 2005 it added the ability for residents to purchase subscriptions via the Internet, becoming the first American lottery to do so. In 2001, Virginia began a regional relationship with other Southern lotteries, launching Lotto South with Georgia and Kentucky.

Lottery proceeds were originally dedicated to capital construction projects in Virginia; then from 1989 to 1998 revenues were transferred to the state’s General Fund. In 1999, a state budget amendment sent lottery proceeds to local public school divisions to be used solely for educational purposes. In 2000, voters overwhelmingly supported the creation of the State Lottery Proceeds Fund. The measure, now a permanent part of Virginia’s Constitution, directs all Lottery profits be used solely for educational purposes.