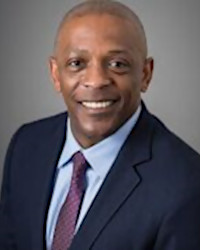 Legislation creating Washington’s Lottery was signed into law on July 16, 1982, and the Lottery began ticket sales four months later on November 15. The first instant game offered was Pot ‘O Gold, and more than 9.6 million tickets were sold during the initial week.

The Lottery’s first draw game, Triple Choice, was introduced in January 1984; it was later renamed The Daily Game. Lotto followed in July that year. With only three product lines, by January 1988 cumulative sales had topped $1 billion, some $300 million more than the most optimistic 1982 projections had predicted for the Lottery’s first six years.

It wasn’t until 1990 that another draw game hit the market, when Quinto debuted in May.

When Washington’s Lottery was first established, there was such a need for state revenue in several areas that legislators did not want to pass a bill dedicating revenues to education. So for the first few years, Lottery proceeds were sent to the state’s General Fund. That changed beginning in July 2001 after voters approved a measure to redirect revenues to education the previous November.

Another change took place in 2010, when legislators passed Senate Bill 6409, which sends most of the Lottery’s profits to the Washington Opportunity Pathways Account to support programs such as the State Need Grant, the State Work Study program, and early learning programs.

In 2011, legislation was passed directing the Lottery to hold an annual Veteran’s Raffle to benefit veteran’s programs in the state.