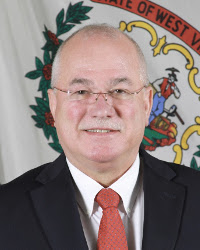 West Virginia voters approved a constitutional amendment authorizing a state lottery in November 1984. The West Virginia Lottery began ticket sales with an instant game on January 9, 1986. The game was so successful that sales reached $53 million after just six months.

The Lottery’s first draw game, Lotto 6/36, was introduced in November 1986. It was followed in short order by Daily 3 and Daily 4 in February 1987. The multistate Lotto*America joined the mix in 1988, replacing the state’s own lotto game. Fast-draw keno made its debut as Travel in 1992.

A sneak peak at the West Virginia Lottery’s future came in 1990, when a limited test of video lottery terminals began at Mountaineer Park, one of the state’s four racetracks. They were successful enough that the program was expanded in 1994 with the Racetrack Video Lottery Act, subject to local voter approval. Three tracks were up and running with VLTs in 1994 after voters gave their ok; the fourth, Charles Town, installed VLTs in 1997.

VLTs were expanded outside racetracks in late 2001 after the legislature outlawed gray machines, which had expanded exponentially over the years providing no revenue to the state. The “limited video lottery” program essentially replaced those machines with up to 9,000 VLTs in bars and clubs licensed by the Lottery.

The Lottery also oversees a limited number of casino games at the Greenbrier Resort; the games began there in 2009.

Originally, Lottery profits were transferred to the state’s General Fund. In 1989, lawmakers dedicated lottery profits to programs benefitting education, senior citizens, and tourism. Millions of dollars have since been provided for elementary, secondary, and higher education, including PROMISE scholarships. Matching funds for Medicaid as well as the costs of in home health care and senior support services are also funded from lottery revenue. In addition, lottery funds support the state’s toll-free tourist information number and the cooperative tourism advertising grants.