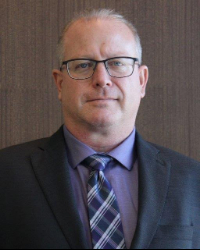 The Western Canada Lottery Corp. was created in 1974 as the Western Canada Lottery Foundation, joining together the provinces of Alberta, British Columbia, Manitoba and Saskatchewan for the purpose of raising revenues for amateur sports through lottery games. The Yukon Territory, Northwest Territories and Nunavut were added as associate members shortly thereafter. British Columbia formed its own lottery corporation in dropped out in 1985.

The group’s first game was a $2.50 passive ticket, launched in June 1974. Finalists appeared on-stage throughout the region, and the first televised draw show was hosted by game show legend Monte Hall.

In 1976, WCLC participated in its first national game, the passive $10 Olympic, designed to help fund the Montreal Olympics.

Scratch ‘N Win games came to the Western provinces in 1981 with a basic Tic-Tac-Toe game, launched in Manitoba. In 1982, WCLC joined other Canadian lotteries with the launch of Lotto 6/49, which became the country’s flagship lottery game. Sports Select brought sports betting to the region in 1990.

WCLC was the first Canadian lottery to introduce online validation to retail, allowing retailers to cash tickets through laser technology. Retailers no longer had to return cashed tickets to the lottery for reconciliation; they could simply “cash-and-trash” them.

Net revenue from WCLC operations is returned to its members – the governments of Alberta, Saskatchewan and Manitoba and associate members Yukon Territory, the Northwest Territories and Nunavut. Revenue is based on sales from each member. Each provincial and territorial government establishes its own priorities for disbursement of Lottery funds.